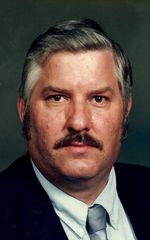 Mr. Gatlin had been a resident of Ponce De Leon. He was Baptist by faith and a member of the Oak Grove Baptist Church. He was a veteran of the United States Armed Forces serving his country in the United States Air Force. He taught Criminal Justice at the Washington- Holmes Technical Center. He also worked in Law Enforcement serving as a Deputy for the Holmes County Sheriffs Department and as a State Trooper for the Nebraska Highway Patrol and as a State Marshall for the Omaha Reservation in Nebraska.

Mr. Gatlin was preceded in death by his father Arthur Gatlin Sr. and one sister Betty Baird.