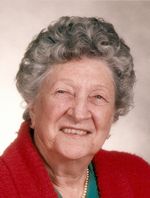 Mrs. Killcreas was the eighth and last daughter of Quincy and Martha Penton Casey. She married Herbert Brooks Killcreas. Upon his retirement from Pan-American Airlines in Miami in 1969 they returned to Freeport. Herbert died on February 27, 1978. Hattie loved crafts, sewing, crocheting, and was an avid card player. She was a member of Freeport United Methodist Church for many years.