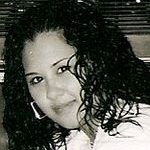 Ms. Wilma had been a resident of Walton County. She was Catholic by faith. She graduated from Elyria High School in Elyria, Ohio. She worked as an Optometry Assistant at Wal-Mart and she also worked with State Farm Insurance.

Ms. Wilma was preceded in death by her maternal grandparents Mariano Carcueva and Martina Carcueva.

A time of visitation will be held at 6:00~8:00 PM, Monday, December 3, 2007, at Clary-Glenn Funeral Home; 230 Park Avenue DeFuniak Springs, Florida 32435. Funeral services will be conducted at 10:00 AM, Tuesday, December 4, 2007, at Clary-Glenn Funeral Home 230 Park Avenue DeFuniak Springs, with Father Florenqo Lagura officiating. Funeral Mass will be at St. Jude Catholic Church in Elyria, Ohio. Father Frank Kosem will conduct the Mass. Floral arrangements are being accepted. Burial will be in Brookdale Cemetery in Elyria, Ohio. Visitation in Elyria, Ohio will be from 6:00-8:00 PM, December 8th and 9th at Reichlin Roberts Funeral Home, 327 Cleveland St, Elyria, Ohio. Wilma Lynn was a true angel. Extremely compassionate; loyal to family and friends. Loved by all. She was extremely intelligent fearless of everything and could accomplish whatever she set her mind to do. She loved being with family and playing board games which she would almost always win. Art, cooking, laughing, relaxing and having good times with all who knew her. She will never be forgotten and always be missed. We love you, Wilma.