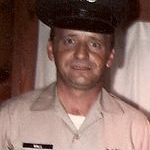 Mr. Hall was a resident of this area for 50 years and also was Protestant by faith. He was a retired U.S.A.F. He served as a Tech Sergeant for 22 years and also fought in the Era of the Korean and Vietnam Wars and received a Bronze Star, Air Medal, and a Good Conduct Medal.

Mr. Hall was preceded in death by his father and mother, Byron Hall and Anna Belle Clark Hall.

A time of visitation will be held at 6:00~8:00 PM, Monday, November 26, 2007, at Clary-Glenn Freeport Chapel Funeral Home 150 East Highway 20; Freeport, Florida. Funeral services will be conducted at 11:00 AM, Tuesday, November 27, 2007, at the Point Washington Assembly of God Church in Santa Rosa, Florida with Pastor Earl Barrett officiating. Burial will follow in the Point Washington Cemetery with Military Honors. Floral arrangements are being accepted.