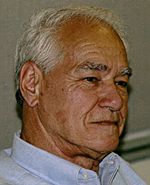 Mr. Johnson was a resident of Freeport, Florida and worked in maintenance at Monsanta in Pensacola for 30 years. He enjoyed fishing and spending time with his family. Bo was known as a “Man of Steel but with a Heart of Gold.”

Mr. Johnson was preceded in death by his father and mother, one sister, Molena Helton and one son, Joe Dethloff.