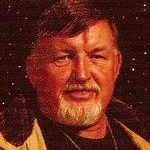 Mr. Poole had spent most of his life in Walton County. He was Baptist by faith and a member of the Unity Baptist Church at Hinson Crossroads. He was a veteran of the Vietnam Era serving his country in the United States Air Force with 18 years of service. He worked as a Fuel Specialist with Civil Service at Eglin Air Force Base for 25 years. He was a member of the Masonic Lodge F&AM # 225 Glendale, Florida and he was also a Shriner and a member of the Hajai Shrine Temple Pensacola Florida. He loved fishing and hunting. He lived life to the fullest. During the last months of John Wayne’s life, he accepted the Lord Jesus Christ as his Savior and was surrounded by many friends, fans, and family.

Mr. Poole was preceded in death by his father and mother.

A time of visitation will be held at 6:00~8:00 PM, Saturday, December 1, 2007, at Clary-Glenn Funeral Home Chapel; 230 Park Avenue DeFuniak Springs, Florida 32435. Funeral services will be conducted at 2:00 PM, Sunday, December 2, 2007, at Clary-Glenn Funeral Home Chapel with Reverend Lindsey Martin officiating. Burial will follow in the Crowder Chapel Cemetery with Shriner and Masonic Rites and Military Honors. Those asked to serve as pallbearers are as follows Chris Fountain, Ben Bodie, Ronnie Marshall, Ryan Poole, Anthony Jackson and Buddy Brown. Floral arrangements are being accepted.